Our political arena, for that's what it is in the best and worst sense of the word, has become so toxic and counter-productive that it is spilling over and poisoning the lives and psyches of our children.

To be sure, childhood has always been fraught with peril as children learn the protocols, boundaries and limitations of the will to power - but it seems to me that the current environment of bullying and competition has reached a new level of critical mass...on the playground, and in the halls of government.

Factions battle on air, in print and in the halls of political congress. Each side asserting their right-mindedness or their moral authority. But what has been lost in the fray is a true dialog of the challenges ahead and a consensus for action. A conversation of solutions, as opposed to a battle of wills.

All parties, domestic and foreign, have lost their credibility and along with it their efficacy. People have caught on to the fact that all sides have one agenda - supremacy for their side, and more importantly, supremacy for the entities that fund them.

Which is why in recent months we have seen scores of people taking to the streets.

Whether you feel the protesters are well-informed or misguided, it must be acknowledged that there is discontent in the air. A long, burning, fermented discontent that has broken free of the misinformation, the political theater and the strategies of distraction of those who would keep the masses deaf, dumb and blind.

Revolution is in the air and the "Architects of the Status Quo" are in panic mode. Cue the terror plot, cue the celebrity scandal, cue the latest villain of the week - anything to draw attention away from the growing, mass-awakening.

Architects of the Status Quo have over-played their hand and old strategies are falling on deaf ears (ears that have grown immune to lies and suspicious of fear tactics) leaving them to scramble, trying to avert the inevitable construction of guillotines in varying versions of Freedom Squares across the globe.

For if rulers (and the entities that fund them) around the globe continue to hold onto strategies of control - based on mind-control and naked aggression, then nothing will avert us from the trajectory of cataclysm that their injustices have placed us on.

The reason I have suggested a Global Labor Treaty is because it changes the dialog. (click here to sign)

It reins-in corporate abuses. It suggests a path to end oppression and exploitation. And it gives those at the bottom hope for the future, in a world that has left them destitute.

I authored the petition and designated as its target the Security Council at the United Nations because there needs to be a single point of accountability. Change will not come unless everyone - every state and every nation across the board and around the globe, is bound by the same rules.

People who have been oppressed and exploited have nothing to lose which leads to acts of desperation...acts, in fact, of terror. Economic Justice is a national/global issue because it is a root cause of discontent, unrest and untold suffering.

We have the ability to go in a new direction. To affect change. To apply pressure.

Those who mock the Occupy Wall Street movement might do well to remember that Jesus didn't just talk about change or tell parables about the rich not being able to get into heaven. He was an activist. He over-turned the money-changers' tables in the temple.

Well, Wall Street brokers and Ceos are the money-changers and humanity is the temple.

It's time to take activism to the global stage. It's time to stop Peace-Blocking the United Nations. It's time for us to walk the walk of democracy.

Think of the impact it will have on our children. To live in a world that is not based on talking peacefully, but acting aggressively.

Who knows, maybe we'll find that eliminating hypocrisy is the key to defusing aggression.


At least, that's the way it seems to me,
Annie
Posted by Unknown at 10:38 AM No comments:

Suits (A Poem of Modern Empire) 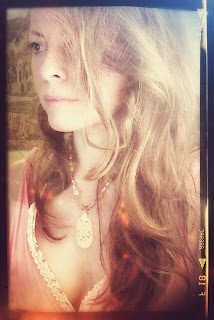 Monarchs didn’t have to bloody their hands to enrich themselves and the court of "noble" land owners that served them…they had armies and “explorers” for that.

The monarchs of today, which we refer to as Captains of Industry, enrich themselves through Ceos, shareholders and resource acquisition which they call "wars on terror"…and the courts that serve them are world governments.

Charities only give back a fraction of what should not have been taken in the first place. If you want to change the world. Change the way business is done.

Suits
( A Poem of Modern Empire)

Soaked in indigenous blood
Perfect in cut
Ultimate in luxury
Prototypes of the latest fashion
Arm-candy spouses mill about
forgotten, vestigial organs
organizing charities -
necessary P.R. for
The Man who
takes everything
Plastic, public smiles
ever-mindful
of the stables of young flesh
housed nearby
for the exclusive use of
their conquerors
Marbled walls
flanked with official portraits
in the hallowed halls of
Will-To-Power

The cost of our health care system is bankrupting America, even though there is an easy fix.

Health Insurance shareholders spend obscene amounts of money to propagate the myth, through print media and talking heads, that Single Payer Health Care is bad for us, and bad for the nation.

They are not just wrong. They are willfully wrong. In short, they are greedy.

Insurance companies pit workers and employers against each other then benefit as the two sides destroy each other in the fray.

The dilemma is this:

Employers insist paying benefits cuts into their profits, so they won't hire workers until they break the unions.

Workers need jobs with decent salaries in order to raise their families and put food on the table, so they strike.


I think there is a simple and obvious solution:

GET CORPORATIONS AND WORKERS ON THE SAME PAGE.
I know, DUH, right? But why don't employers and workers march together for Single Payer Health Care?!

After decades of strife, they would finally get to be on the same side - standing together for the greater good, instead of doggedly occupying opposite sides of the table.

We are used to seeing CORPORATIONS as the enemy (which they are, while they are crunching numbers by crushing people) but Single Payer Health Care is something BOTH sides benefit from!

The only people who lose are the shareholders of health care companies - you know, the ones making billions, even trillions off of everyone else's misery.

Professor Margaret Flowers of Stanford University has put together an October2011 Movement in Washington D.C. (that coincides with the 10 year anniversary of the War in Afghanistan) to address national moral issues and bankrupting factors such as the Wars in the Middle-East and the lack of a Single Payer Health Care plan.

Margaret and I have corresponded via email and I suggested she call together as many manufacturing entities that she can contact, corporations that could be getting people back to work, and ask them to join her in Freedom Square on October 6th!!!

I hope anyone interested in moving the country forward and out of debt will check out her movement at http://october2011.org - along with the OccupyTogether Movement which Margaret has provided a link for.


At least, that's the way it seems to me,
Annie


http://www.youtube.com/user/annienomadepoet
Posted by Unknown at 9:53 AM No comments: