You Have Meddled With The Primal Forces of Nature!

"You Have Meddled With The Primal Forces of Nature: And...You...Will...Atone!"


Remember that great speech in "Network" delivered with such force and gospel-level conviction by Ned Beatty to a duly impressed and contrite Howard Beale (Peter Finch)? It was a revelation to many in the 70's to have the world reduced to a large, international conglomerate of corporations. The thing is...it's still relevant today. If not more so.

So, being the industrious smart-ass you have come to know and love, I decided to put some rave music to that mind-blowing speech in the hopes that another generation might have a chance at understanding the world around them and approach it with a modicum of wisdom as to what can be done to affect our current political and social zeitgeist.


This speech was written by famous screen and television writer Paddy Chayefsky - who won more solo Academy Awards than any other writer in the history of the Academy.

As least, that's the way it seems to me...and apparently, Paddy Chayefsky :)

Posted by Unknown at 9:56 AM No comments:

We (Confessions Of An Empire) Club Trance Mix by annienomad~cyberpoet

We - Confessions Of An Empire the trance club mix
for Critical Thinkers.

If we are to evolve as a species we must question our "leaders" because the world is quickly distilling down into this simple business formula: "Looting...and lies to cover looting."

I believe humans developed higher brain functions for a reason. Not just to survive, but to understand our actions in a conscious way...to CHOOSE. Will "WE" choose global cooperation? Or, continue down the path of domination and ultimate decline?

Speak the truth...even if your voice shakes.

Taking my protest poetry from the page to the dance floor.


Be part of the solution!

Raise up the poor *AND* stop corporate/shareholder abuses against workers around the world with Global Living Wages. We can CHOOSE a different reality!


At least, that's the way it seems to me,
Sharee Anne Gorman
annienomad~cyberpoet

Posted by Unknown at 7:17 PM No comments:

The Dangers of A"Reality TV" President:

We are hearing a lot about #fakenews these days but the problem isn't fake news...the problem is #fakereality. Everything we are told is designed to distract us from the institutionalized fleecing of the masses. Scandal + media = controlling, confusing and hijacking public discourse.

It's always been this way...but now we are witnessing an era of "propaganda on crack". We have a "reality tv" president and he knows how to create scandal and get ratings. We are fooled daily into political civil war between two opposing parties to hide and provide cover for all the great crimes behind the ill-gained fortunes of corrupt men (to paraphrase Balzac).

If we continue to fall for these 50 year strategies and short-term distractions devised by geo-political and financial planners we are no better than frogs sitting in pots who don't feel the rising temperature until they're already cooked.

This article by world-renowned economist, Michael Hudson, lends some much needed clarity.
http://michael-hudson.com/2017/03/alluring-infrastructure-income/ 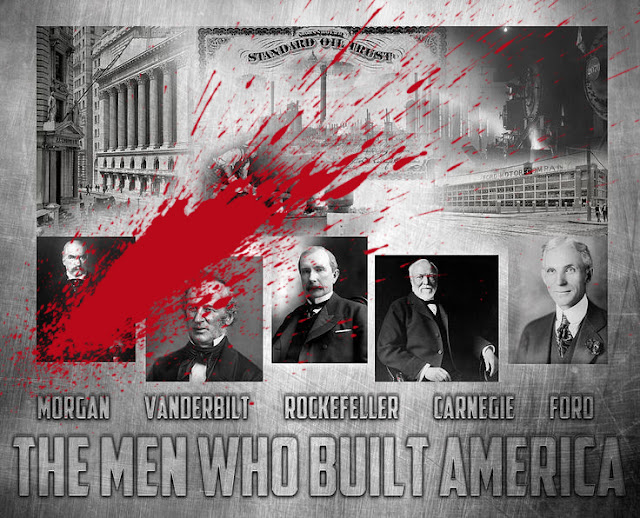 America Still On The Auction Block To Wall Street

The Corporate/Financial Coup of America Continues...

If you're not angry...you're not paying attention. Trump is not disappointing the .01% who placed him in office.

Of course, it didn't start with Trump - Obama served, as did the Bushes, Clinton, Reagan and even mild-mannered Jimmy Carter. It's just that the looting is in full swing now with the "get away with anything President". They don't have to sugar-coat their plans any more...so it's full speed ahead.

Here is an excerpt from "Wall Street On Parade" from Wall St. insider Pam Martens... 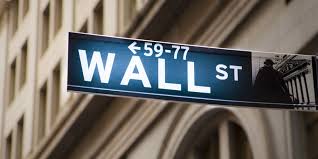 "Trump will continue the Orwellian reverse-speak of his campaign promises and do the opposite of what he promised. According to leaks to the financial media, Trump will today sign executive actions ordering swift reviews aimed at rolling back the feeble safeguards on Wall Street that currently exist while replacing them with — nothing. There has been no further word from Trump on bringing back the core principles of Glass-Steagall which would force the formal separation of banks holding taxpayer-backstopped insured deposits from the high-risk, derivatives-peddling, hedge-fund-financing investment banks..."

A Quick Litmus Test for Propaganda

So, you think you live in a democracy?

Okay, America, let's forget for a moment that none of the exit polls matched the final tally for the 2016 Presidential election. Let's forget that the candidate who won this year's popular vote will not be serving in the White House come January. Let's forget that we pretty much all knew we lived in a Banana Republic back in the 2000 presidential election when the son of an ex-CIA head was put in office by the decision of the Florida supreme court where his brother was the sitting governor.

Those points can be argued endlessly...to very unsatisfying results. So how do we proceed? The world is in free-fall: Brexit, the Middle East, the EU, austerity, market crashes, military coups, etc...

Chaos seems to be closing in, not just for us, but for the world at large. What do we do? What can be done? Well, in order to pull out of the global tail-spin we're all in we're going to have to employ some serious Critical Thinking to accurately determine our circumstances.

How did we get into this mess? I believe it starts with propaganda. A lie. An institutionalized sanctioned theft, perpetrated on the many, for the benefit of a few. So, how do we determine our level of propaganda? Let's pick a simple example to determine whether or not we can place any stock in the integrity of a country we have been taught to love and honor. We want to believe we live in a democracy. We want to believe our leaders have the welfare of the people (at home and abroad) at heart...but we must never blindly assume that to be the case.

Apple Inc is America's most successful company. Yet, the profits and success of Apple are based on slave pool labor, off-shored jobs, resources taken from vulnerable countries at under market value and the over-charging of its customers by way of exorbitant annual fleecing in order to keep up with ever-changing upgrades. Also, the personal computer was developed by taxpayer funding at MIT then privatized when it was handed over to Steve Jobs, Bill Gates and Steve Wozniak - a business model of public funding leading to private profit. Which is not "free-enterprise". It's taxpayer subsidy, in other words, corporate welfare. This is an endless toll-booth model for consumer/taxpayers who have to pay out two or three different times...all while the rich get richer.

Apple is the opposite of what most citizens consider to be "American values". Yet, it is the shining example of the success and viability of Capitalism. We are propagandized daily into accepting what is demonstrably not true, then peer-pressured into to turning a blind eye to our own hypocrisy.

The .01% bilk the working class then call it capitalism and the illusion of a democracy makes it seem as if we are choosing our fates when in reality we are complicit in our own enslavement, and sadly the enslavement of others.

There are more and probably better examples, obviously, but this was a small example of a vast disconnect. It seems as long as Steve Jobs gives an inspiring commencement speech he can go down in history as a capitalist hero...regardless of Apple's corporate crimes.

Much like the genocide that our Founding Fathers wrought while simultaneously composing the U.S. Constitution: proof that as long as you put together some pretty words (mostly borrowed from indigenous people and French philosophers) you can pretty much get away with anything.

Critical Thinking is a tool that can, if correctly applied, get us beyond the flowery (but meaningless) words that fool otherwise caring people into remaining complacent in the face of injustice. And that being the case, I suggest we start employing this tool, that is, if we hope to gain a modicum of social balance, integrity or economic justice in our currently not-so-bright future.