REDACTED - A Novel in Progress by Sharee Anne Gorman

Obedience should not then be seen as an act of subjugation to authority, but rather a voluntary agreement between free individuals to ensure mutual survival through state-organized, collective co-operation.
- The Responsible Citizen’s Collective Continuum Manual
Seated in the immaculately-maintained morning commuter train, Christian stares, transfixed, at a handwritten message scrawled on the, otherwise pristine, subway wall.
“History is Changing”.
The passenger train doors close with a hiss and overhead lights flicker as the train slowly pulls away from the station. When Christian looks again, the writing is gone. He sits, blinking , in his highly-polished, molded-plastic bench. Slightly jostled by the motion of the train and the here-one-minute, gone-the-next message.
Christian looks around to see if anyone, besides himself, saw the momentary apparition but his fellow passengers are oblivious, quietly settling into their pre-assigned seating.

The well-mannered passengers are the embodiment of calm, dressed neatly in their state-approved, black and white monochrome palette. The only hint of color, besides the occasional lipstick, being their numbered identity markers: necklaces for women, wrist-bands for men, which match the number on their seat and the color of their designated commuter section.
Surely, Christian had been seeing things? Perhaps, afflicted by what the Center for Impulse Analysis would call an “Unproductive Synaptic Formation”? But what concerns Christian most isn’t the cryptic nature of the message, it’s the appearance of an unauthorized thought, in an unauthorized location.
It says right in the “Responsible Citizen’s Collective Continuum” Manual that: “subway walls are reserved exclusively for the Productive Synaptic Re-enforcement of the properly integrated citizen”.
What did it say about his civic commitment that he perceived, if only in his mind’s eye, a desecration of one of the explicitly-stated, communal strictures of the Collective Continuum?
Christian looks around him again. He quietly considers his orderly, perfectly-maintained and impassively-correct fellow passengers with sudden affection and grave concern. An unfamiliar mist rises in Christian’s eyes and he heaves an inadvertent sigh.
A quiet sound, but one that draws darting looks from conspicuously unturned heads.
Ignoring the air of tension around him, Christian lifts his left wrist and pushes the central button on the biometric personal data device implanted in his arm. The LCD screen lights up and a young woman, with an impassive face speaks directly to Christian from the screen. “Good morning. Please state the nature of your report.”
Christian takes a deep breath, draws the data device closer to his lips and states clearly, but in a low voice, “I am a threat”.
The young woman’s face registers a slight frown. She addresses him in a curt but polite tone, “I was unable to process your report. Please speak in the pre-authorized volume”.
Christian clenches his jaw and looks around, shame-faced. He clears his throat, then in a loud and resonate voice declares, “I am a threat.”
Passengers around Christian scatter, like soap on an oil slick, to the farthest recesses of the subway car.
The young woman on the screen nods and consults a data screen just out of frame. She speaks calmly, “I see that you are on the 115 headed toward Victory Center.” She looks directly at Christian again. “Please remain where you are. A threat extraction team will intercept you at the next stop and escort you to the nearest Adjustment Center.” Then, with sincere gratitude, “Thank you, Responsible Citizen, for your diligence in serving the Collective Continuum.”
The screen goes blank. There is no sound, other than the gentle rhythm of the passenger car.
Christian stares at his hands, conspicuously alone among the abruptly abandoned seats. He quietly accepts the looks of fearful distrust cast upon him by his fellow passengers. Their stunned silence is shattered by the sound of squealing brakes as the train eases into the next station, followed quickly by the hiss of the automatic, hydraulic doors.
Christian steels himself then stands to face the elite, armed-to-the-teeth, military extraction team now swarming into the suddenly cramped subway car. He puts up no resistance. Within seconds, Christian is shackled, drugged from a single-dose, nerve gas capsule popped under his nose and carried away, unconscious. Suspended, boneless as a rag doll, between the two marching columns of his highly-armored escort.
There is blackness…then.
Christian’s opiate-heavy lids flicker slightly. Slowly and with great effort, he manages to pry them apart and look around him with groggy, technically open, yet still functionally-unseeing eyes.
Through his slowly dissipating haze, shapes begin to emerge. Christian can just make out the outline of a white coat and the hint of a person behind the cold, smooth edges of an electronic medical pad. He blinks hard to bring the intelligent, aloof and efficiently beautiful face of his assigned doctor into focus.
Christian stares at her, stunned, not certain if the vision is a product of an actual reality, or a result of the heavy drugs recently administered. As a pre-caution, he holds his breath, afraid of shattering what seems to him, a fragile moment.
“Mr. Porter? Are you back with us?” Her voice, as well-modulated as her clinical expression, carries within it no hint of personal attachment as she uses a handheld bio-reader to check his pupils and measure his other vital signs.
Christian tries to sit up but finds he is completely immobile. With only the movement of his eyes he discerns that he is shackled to a medical table, outfitted with metal latches from head to toe. His gaze follows the easily more than dozen electrodes running from his exposed, all but naked body to a beeping, quietly cycling, medical monitor.
A look of fear passes over Christian’s face.
The doctor sees his panic and her demeanor softens slightly, “These restraints are only in place to help stabilize you during your scan. You needn’t be alarmed, they are not a reflection on your civic commitment.”

She places her hands on his chest to quite his rising fear. Her touch returns him to a state of calm.
The doctor flips a switch on the control console , “Here, maybe it will help you to watch the progress of your neuro-map.” Christian’s eyes widen as a computer-generated, holographic image of his own brain fills the room. He is hit by sudden wave of nausea.
The doctor sees this and turns to point out a red, pulsing quadrant of his brain, hoping an explanation of the process will provide a welcome distraction. “You see this agitated area here? This is your prelimbic cortex which registers fear response. It is connected to the basal and central nucleus of the amygdala which sends “fight or flight” signals to your autonomic and endocrine receptors.”

The doctor speaks to Christian over her shoulder, “In everyday functionality, this event would be cause for concern as the Collective Continuum has been scientifically and socially engineered to eradicate animal fear response in the properly integrated citizen. But these are rather extraordinary circumstances: you are in unfamiliar surroundings, encountering previously unexperienced stimuli and those indicators will be mathematically factored in to your final neuro-map analysis.”
The doctor turns back to Christian with a reassuring smile, “So, you see, you can relax. You will not be cited for these readings.”
Christian nods, but looks somewhat less than reassured. A stifled gag indicates to the doctor that Christian is losing his battle to control his nausea.
“Your nausea is perfectly normal. Seeing the inner-workings of your own brain can be very disorienting to some subjects.”
The doctor moves quickly as she speaks. She checks the status of his scan, waits for the progress prompt to read: “Complete”, then grabs a stainless steel container and hits the “restraint release” button on the table all in the same motion.
The metal restraints release and Christian leans over the side of the table just in time to avoid choking on his own vomit. The doctor offers him the container, but it’s too late.
She and Christian stare at her freshly anointed, chunk-splattered, shoes.
The doctor gives Christian an exasperated look, the hint of a smile pulling at the corners of her usually serious mouth. “You will, however, be cited for THAT”.
Christian can’t help but chuckle as he rolls back onto the table.

Though clearly sliding quickly toward unconsciousness, he manages to ask the question that has been burning in his mind from the moment he awoke. “What's your name?”
Barely able to focus, Christian fights the encroaching darkness as he struggles to hold onto the image of her beautiful, now hesitant face. Finally, she smiles and answers in a low, soft voice. “It’s Eva.”
Eva suddenly remembers herself and checks surreptitiously over her shoulder, “I mean…(clears her throat) Doctor Bennett.”
Christian smiles, exhausted. “Eva.”
He passes out. Her name, more prayer than statement, still lingering on his unconscious lips.
Posted by Unknown at 1:29 PM 1 comment:

The Tide (A Folk/Protest Song) by Sharee Anne Gorman

The Tide ﻿
Written and Performed
by
Sharee Anne Gorman
(annienomad-cyberpoet)
The Tide
(rough mix...not mastered)
I spent the day at Moose-Creek-Recording-Studio yesterday
to get my folk/protest song "The Tide"
set to music.
It's been many years since I have sung into a professional mic capable of picking up every last tremble and waver of my voice...and the terror is pretty apparent in my voice:)
I may not have the chops for professional level recording, but I'm glad I did it because I wanted to hear what the song sounded like with accompaniment.
I chose a very stripped-down instrumental because I wanted the music to be as stark as the working conditions and lives of the miners and tireless labor activists who placed themselves in harm's way to get fair and safe working conditions for exploited laborers.
Kevin at Moose Creek Recording was very patient and did what he could to digitally smooth out my nerves. I'll have to work on my fear in order to push through to the quality of my relaxed voice...but it's a start.
Moose Creek provides a very relaxed atmosphere, with a cutting-edge, state-of-the-art set-up. The owner, Kevin, is a patient and professional musician/technician. He takes you step-by-step through pre-recording practice to sound-booth recording and sound-board mixing, so that you have input and can make adjustments throughout every step of the song recording process.
Kevin Deily, the owner of Moose Creek Recording Studio, also plays bass on this track.
Thank you, Kevin!
Please feel free to check out and "Like" my facebook page:
https://www.facebook.com/GlobalLaborTreatyforLivingWages
We are a 21st Century Digital Peace March!
No traffic jams!
No missed work days!
No pepper-spray!
No head-bashing!
We have a 5 Star Rating, but we could always use more!
:) 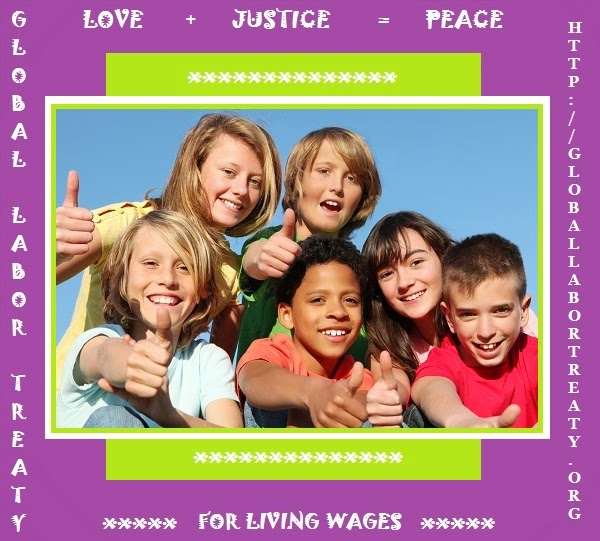 *Recording picture was taken in 2011, the day I first recorded "The Tide" a cappella) ﻿