How to End Corporatocracy 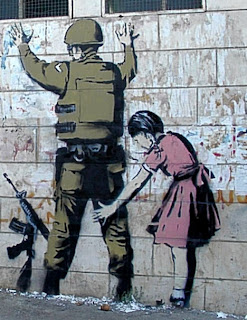 We should start at the root of the problem. What has everybody up in arms around the globe right now? INEQUALITY. Lack of representation, lack of labor and lack of fair compensation.

There is a simple little truth that the super wealthy don't want us to look at. PROFIT comes from somewhere. The under-paid worker, the over-charged consumer or stolen resources from weaker nations.

A sustainable wage would allow vulnerable countries to feed their families, build infrastructure and retain the resources they need to create stability reducing their need for aid. Not only would this treaty end slave labor, but it would strengthen unions here at home.

Please take a moment to sign my petition to the U.N. for a Global Labor Treaty - it'll only take a second:)

As far as voting goes, maybe waiting every four years to vote for candidates already bought and paid for isn't the best use of our energies. Corporations have the game sewn up. But they're not all-powerful. They need PROFIT to survive. PROFIT to influence politicians, to live in luxury and to buy sports stadiums.

PROFIT that comes from the labor and consumerism of the masses.

Organized Consumerism will affect the markets and will, therefore, get their attention. It's our job to be the checks and balances to their global control.

And, for inspiration a protest/solidarity song called, "The Tide". "The Tide" because that's what people become when they refuse to have their human rights denied.

Getting to a point where whole nations are not in danger of starvation or annihilation should be our goal, shouldn't it?

What harm could a little good will do?

At least, that's the way it seems to me,
Annie 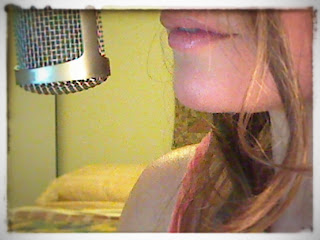 My name is Sharee Anne Gorman.

I am a cyberpoet who goes by the name annienomad-cyberpoet.

I've been feeling pretty disheartened lately...but I had a thought:

If intellectuals such as Noam Chomsky, Dean Baker, Michael Hudson and activists like Ralph Nader, Michael Moore, Naomi Klein and others were to come together as a body to inform the citizens of the world of their true potential as a united front, I think people would listen to them.

A group/committee such as this, a non-party affiliated group, that has dedicated their lives to exposing misinformation and speaking truth to power, would have nothing to gain by lying to the people.

And let me tell you, though I'm sure you already know...people are tired of being lied to...tired of being fooled...tired at being at odds over false and deliberately misleading "information".

They need real information from a unified source. There must be some way to get caring, angry, confused and desperate-for-real-information citizens on the same page - A Same Page World Forum.

People could pose questions to The Same Page Forum. They could address issues like,

Seeing that it takes over a billion dollars to run for president, it is clear that candidates will only "promise" to serve the will of the people...as their first priority will be to serve power in the hopes of staying in power - which, of course, makes voting a depressing and pointless pantomime.

Since the emergence of global corporate entities, democracy is no longer democracy (or maybe it never was). There is no effective legal body to limit the power and control of multi-nationals. Armies serve the powerful, making the world safe for neo-liberalism, and widening the gap between rich and poor.

Evolution requires that when an old paradigm is no longer working, a new paradigm must emerge to take its place. We need a global form of democracy to match the globalization of power.

Here would be my suggestion:

Organized Consumerism...citizens who want a hand in their own future need to concentrate on Profit.

Changing quarterly profits, to be specific...just a point or two will cause CEOs and shareholders to take notice - and the average world citizen would suddenly have the undivided attention of the top 1%.

Perhaps if  people came to understand that corporate entities only understand the language of commerce, then they would see that their political leverage is as a Consumer, rather than a Voter. And there would be a fairly decent chance at establishing a balance of power. The power to stop corporate abuses, be they environmental or labor/wage related, would suddenly be a possibility rather than a distant and unattainable hope.

Thank you for your time.

Thank you for the sacrifices you make to help inform others,